Holly Brewer is Burke Professor of American History and Associate Professor at the University of Maryland  a specialist in early American history and the early British empire. Her work situates the origins and impact of political ideas in laws and practical policies across England and its American empire. Her first book traced the origin and impact of “democratical” ideas across  the empire by examining debates about who can consent in theory and legal practice: By Birth or Consent: Children, Law, and the Anglo-American Revolution in Authority won three national prizes including the 2008 Biennial Book Prize of the Order of the Coif from the American Association of Law Schools, the 2006 J. Willard Hurst Prize from the Law and Society Association and the 2006 Cromwell Prize from the American Society for Legal History. She also won three prizes for her article “Entailing Aristocracy in Colonial Virginia” (1997), including the 1998 Clifford Prize for the best article on any aspect of Eighteenth Century Studies and the 2000 Douglass Adair Memorial Award, for the best article published in the William and Mary Quarterly in the past six years. She is currently finishing a book that situates the origins of American slavery in the ideas and legal practices associated with the divine rights of kings, tentatively entitled “Slavery & Sovereignty in Early America and the British Empire,’ for which she was awarded fellowships from the NEH, NHC in 2009, the Patrick Henry Fellowship from the Starr Center in 2012, and a Guggenheim Fellowship in 2014. She published  “Slavery, Sovereignty and ‘Inheritable Blood’: Reconsidering John Locke and the Origins of American Slavery” in the American Historical Review (October 2017), which received both the 2019 Srinivas Aravamudan Prize from the American Society for Eighteenth Century Studies for an article published in the previous year that pushes the boundaries, geographical and conceptual, of eighteenth-century studies by using a transnational, comparative, or cosmopolitan approach as well as an Honorable Mention for the 2019 Clifford Prize, American Society for Eighteenth Century Studies.  She published “Creating a Common Law of Slavery for England and its New World Empire” in the Law & History Review 39 (December 2021).  Also see her “Slavery-Entangled Philosophy: Does Locke’s Entanglement with Slavery Undermine his Philosophy?” AEON, September 12, 2018.  For more information, and links to many of her articles, see her personal website earlymodernjustice.org. For her unpublished papers, see SSRN. Professor Brewer is a Distinguished Lecturer for the Organization of American Historians and former co-editor of the American Society for Legal History’s book series as well as membership co-chair for the ASLH. In addition to the Guggenheim fellowship, she has received fellowships from the National Endowment for Humanities, the National Humanities Center, and the Huntington Library, among others.  You can  follow her on twitter @earlymodjustice. Lauren Michalak is a Ph.D. Candidate in Early American History at the University of Maryland, College Park. Her dissertation, “‘The Mobs All Cry’d Peace With America’: The Gordon Riots and Revolution in England and America,” examines Anglo-Atlantic revolutionary politics during the American Revolution by exploring the connections between the 1780 Gordon Riots in London and American Patriot and Loyalist ideology and rhetoric.  She gave a conference paper at the CUNY Early American Republic conference in 2017 based on her research for her dissertation chapter on American Patriot interpretation and use of the Gordon Riots, and wrote a review that was published on the British Society of Eighteenth Century Scholars’ Criticks website of the British radio program “In Our Times” episode on the Gordon Riots.  Lauren has worked on the Slavery, Law, and Power (SLAP) project since Fall 2016, and has been chiefly involved in obtaining, organizing, and transcribing materials for the project.  She was lead transcriptionist for the Barbados Slave Codes (1667), the Jamaica Slave Codes (1664), and Locke’s Virginia Plan (1702).  In addition to her work with the SLAP project, Lauren has been involved in the management of the Center for Global Migration Studies’ Archive of Immigrant Voices, run on the Omeka platform. Her work for the Archive includes the processing of oral histories files and forms, creation of metadata and tags for each oral history, and maintenance of the digital and physical archive.  In late-summer 2020 she will undertake a month-long fellowship at the Royal Archives’ Georgian Papers Programme to examine and help transcribe manuscripts related to King George III, the American Revolution, and the Gordon Riots. Derek Litvak is a Ph.D. candidate in Early American History at the University of Maryland. He graduated from Virginia Tech in 2016, with a degree in History, and a minor in Political Science. Derek’s research interests lie at the intersection of constitutional history, slavery, and race in Early America. His dissertation, tentatively titled The Specter of Black Citizens: Race, Slavery, and Citizenship in the Early United States, examines the relationship between U.S. citizenship’s creation in the Constitution, and the institution of slavery. Drawing on legal records, political debates, and cultural texts, his dissertation argues citizenship, as it emerged in the U.S. Constitution, was not only an exclusionary status when considering Black Americans, but was also created to protect the institution of slavery. He has presented his research at several academic conferences, including the Society for Historians of the Early Republic and the American Society for Legal History. Derek has a commitment to public facing scholarship, and has written several articles, which have appeared in the Washington Post and History News Network, on topics ranging from citizenship, slavery, and U.S. policy. He also conducts podcast interviews with scholars as part of the New Books Network. And his work with the Slavery, Law, and Power (SLAP) project, is an outgrowth of his commitment to public scholarship. Ji Kim first connected with the Slavery, Law, & Power project as part of the University of Maryland’s technology apprenticeship program, a curriculum designed to produce innovative solutions for the digital humanities. She is excited to support the team as a web developer alongside her collaboration with interdisciplinary scholars and institutions in order to create open source and open access tools. She engages in team discussions about how to develop and cultivate best practices and standards for the long-term sustainability and public accessibility for SLP—a project working to provide impactful and open access to early modern manuscripts and artifacts in the urgent context of slavery in early America. 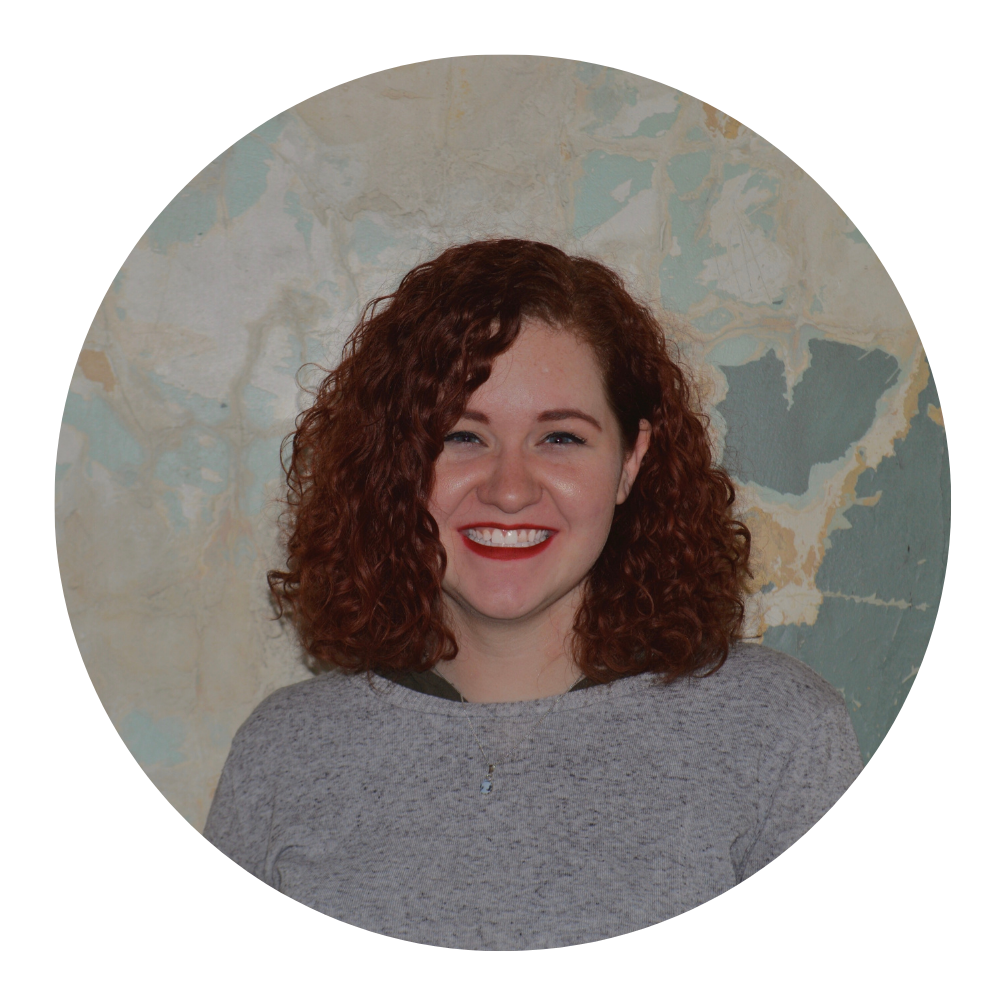 Ph.D. Student at the University of Maryland – College Park

Hannah Nolan is a PhD student studying Early American history at the University of Maryland, College Park. Her research focuses upon the role of collective memory – specifically those of revolt and revolution – in the creation of national and ethnic identities throughout the Early American Republic. Her dissertation will examine the transatlantic memories of the United Irishmen and their usage as political and ethnic organizing tools within the United States. 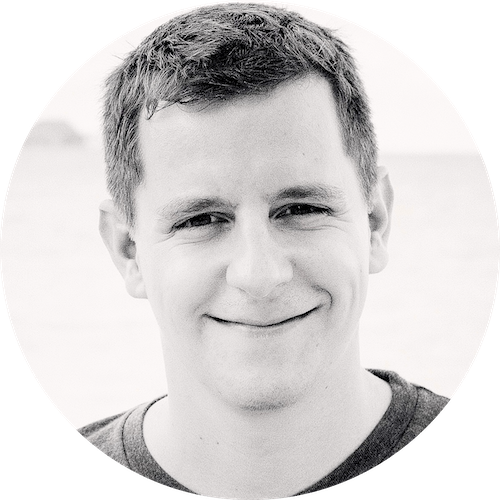 Matt Fischer is a historian of comparative slavery, race, and religion in colonial North America and the broader Atlantic World. Fischer received his Ph.D. from the University of Maryland, College Park, in 2020. His dissertation, “A New Race of Christians: Slavery and the Cultural Politics of Conversion in the Atlantic World” examines the impact of religious beliefs on the development of ideologies that justified and sustained slavery and racial hierarchies. He is also interested in early modern political thought and broader debates about justice, empire, and colonial rule from the late sixteenth century through the age of revolutions. Ph.D. Student at the University of Maryland – College Park

Jordan is a PhD student studying Early Modern Europe and the Early Modern Atlantic world focusing on the intellectual and religious histories and entanglements of the mid-seventeenth century with particular emphasis on the English Civil Wars and their relationship to the colonial ventures in the Atlantic context. Additionally, Jordan is a Research and Instruction Librarian at the University of Maryland where he is the subject specialist for, among other areas, the Digital Humanities. Jordan has previously published on and presented his Digital Humanities project The Recusant Print Network Project, on which he was the sole researcher. Jordan is also an instructor with the University of Maryland’s iSchool teaching both undergraduate and graduate courses in the information and library fields. For more information, please see my personal website for publications, course info, and more. 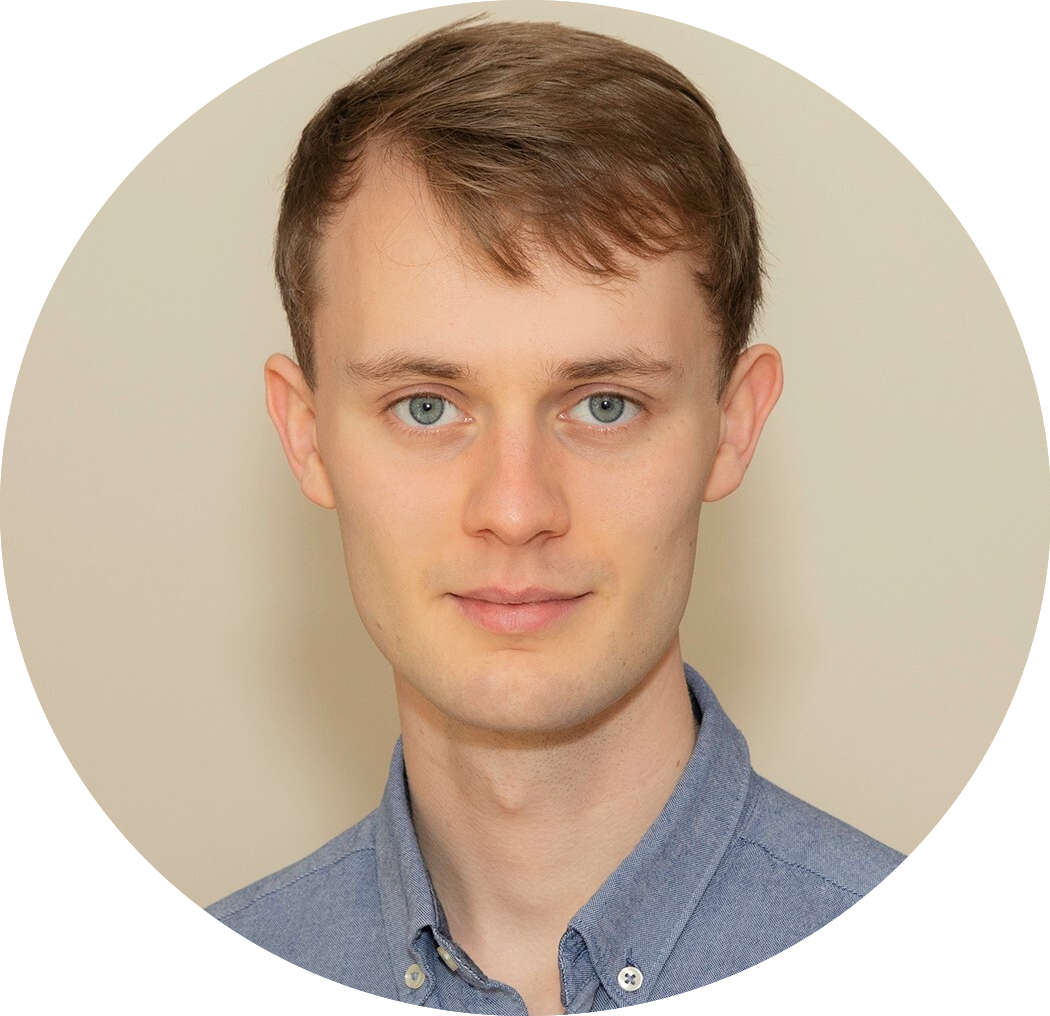 Jamie Gemmell is a History Masters by Research Graduate from the University of Edinburgh. His research is focused on race, coloniality, and power in the early modern Anglo-Atlantic World. He is currently a lead on a publishing project with the Northern Early Modern Network. As a postgraduate student, he served as Editor-in-Chief of Retrospect Journal. 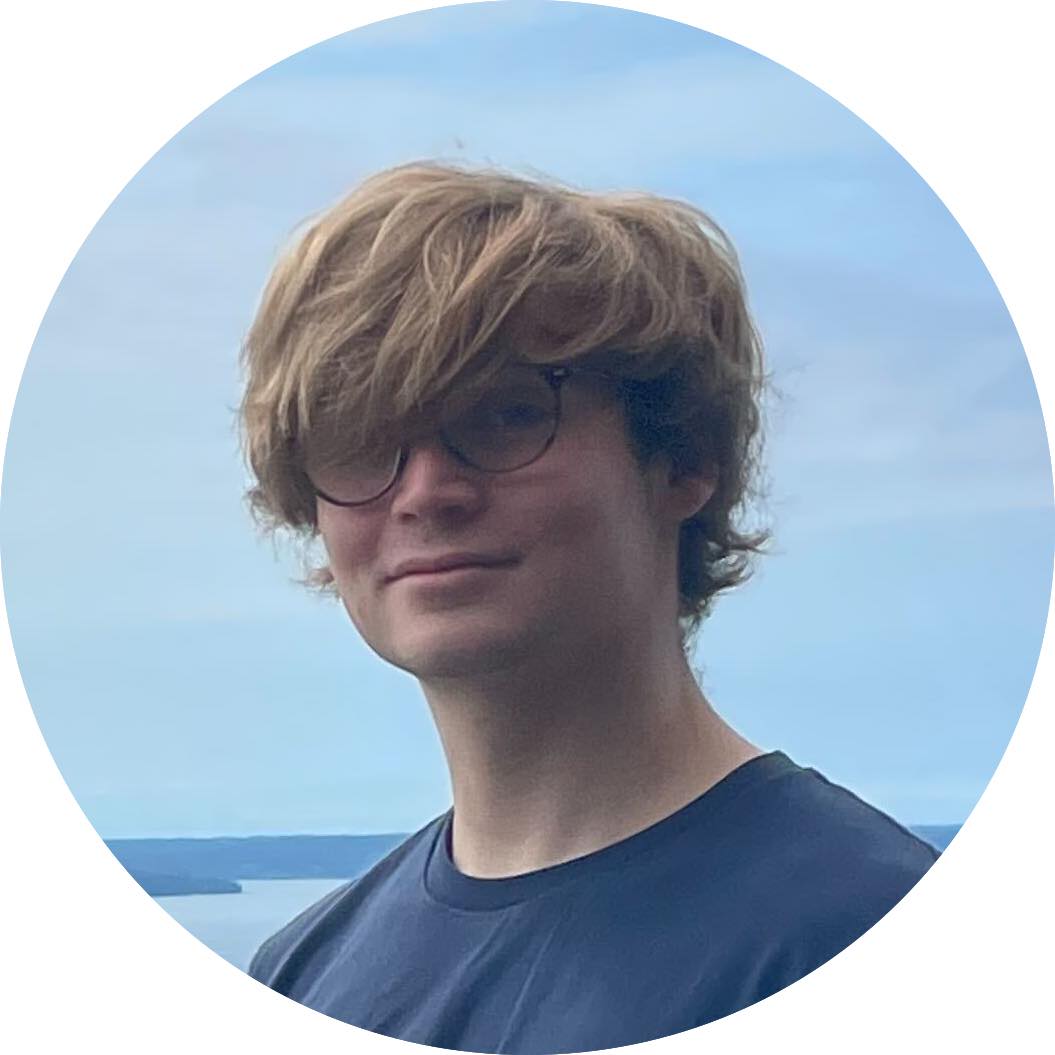 Dylan Bails is an undergraduate student at UMD majoring in American History with interests in historical preservation and modern American history. He is engaged with transcription work with the Slavery, Law, and Power project to develop more experience and contribute to historical scholarship. 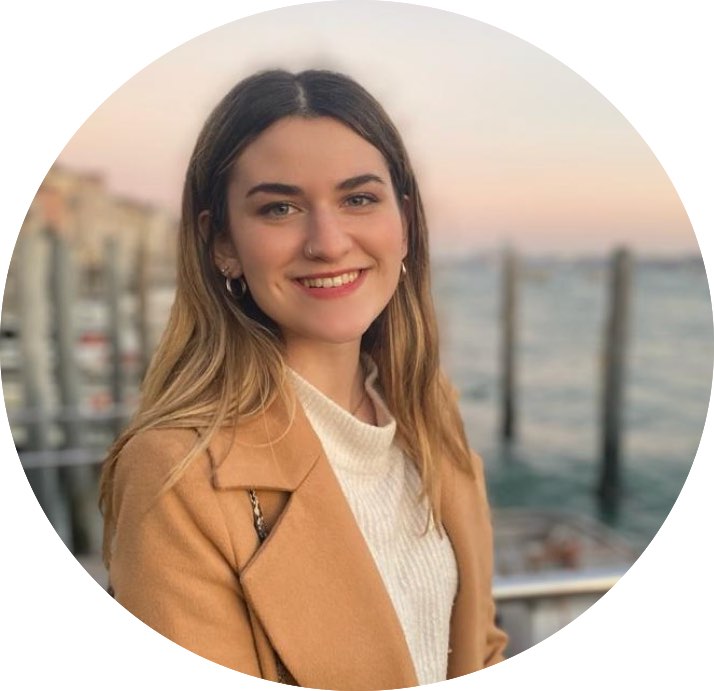 Rachael Edmonston is a recent graduate of the University of Maryland, College Park, where she majored in history. Her honors thesis, ‘“The too general neglect of the Instruction of their Sex:’ The Importance of Female Education in Damaris Masham’s Life and Philosophy,” explored the life and works of the seventeenth-century female philosopher and received high honors and the Hoosier Clio Award for the best honors thesis in 2019. In 2018, Rachael received the University of Maryland Library Award for Undergraduate Research for her paper, “Confederate Female Spies: Changing Northern Perceptions in Fiction and Nonfiction and Its Effect on Popular Opinion of the Confederate Cause.” Rachael’s primary historical focus is on examining the private and public lives of women in early modern England, though her involvement in the Slavery, Law, and Power (SLP) project has widened her interests to include questions of power structures, whether monarchical, patriarchal or racial, on both sides of the Atlantic during the early modern period. Rachael worked on the SLP project from January 2018 through August 2020 and assisted in transcribing, annotating, and writing introductions for the project’s primary source materials. In addition to her work on the SLP project, Rachael’s interest in history has informed her work as an intern with the American Battlefield Trust–a Washington D.C. based nonprofit dedicated to preserving the battlefields of the American Revolution, the War of 1812, and the American Civil War–, her role as a docent at Hampton Mansion, a National Historic Site, and, most recently, in her position as the Secretary for the Winchester Historical Commission. Rachael currently works as a grants assistant for the laboratory responsible for the development of the Johnson and Johnson Coronavirus vaccine at the Beth Israel Deaconess Medical Center in Boston, Massachusetts. 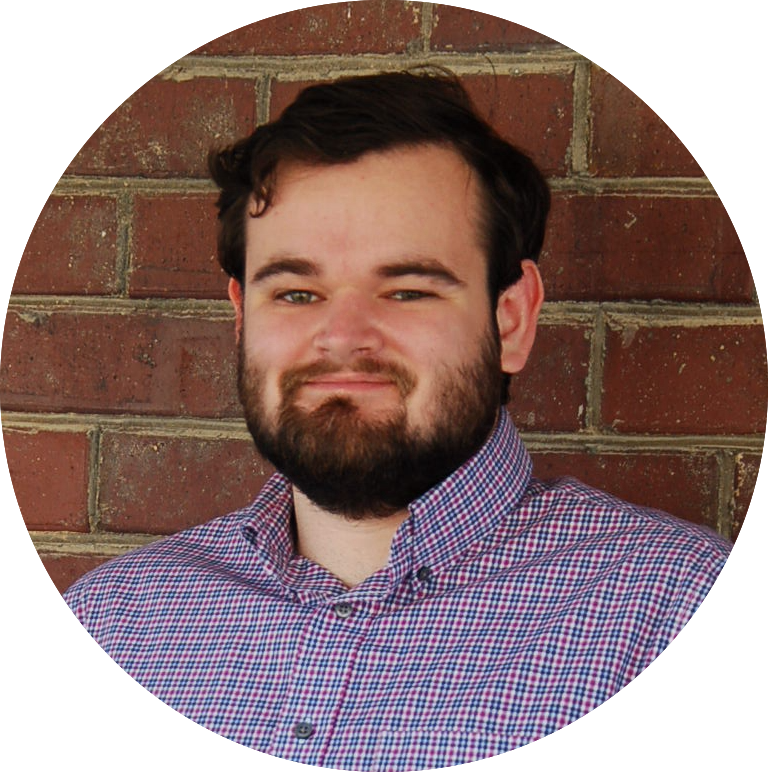 Justin Hawkins is a PhD student at Indiana University. A graduate of the University of Maryland, College Park, his honors thesis, “‘Make Way for the Voters’: Mobbing, Urban Violence, and Partisan Politics in Antebellum Baltimore,” explored the Know Nothing Party and election riots during the 1850s. Currently, he studies arson as a way of understanding ideas of property, citizenship, and power in nineteenth-century America. He is also an Editorial Assistant at the American Historical Review. Joanna Labor’s  dissertation examines the development of domestic privacy in colonial America through the lens of traveler accommodations. Her paper, “Denied! A Repudiation of Southern Hospitality in Colonial Virginia,” was accepted for presentation at the 2020 Omohundro Institute Annual Conference and the 2020 CUNY EARS Graduate Student conference. A recent addition to the Slavery, Law, and Power Project, Joanna brings several years of administrative and student5based experience to the project. From 2011 to 2014, Joanna worked as first the Project Coordinator for a NSF grant at Trinity University (San Antonio, Texas) then as the Manager for the Math Department. At Maryland, Joanna currently serves as the Academic Advisor for undergraduates in the history department and has worked as the event coordinator for the Nathan and Jeanette Miller Center for Historical Studies.