The Mulatto GentlemAn of Esmeraldas

Portrait of Don Francisco de Arobe and Sons Pedro and Domingo from the Esmeraldas coast in Ecuador. The son of an escaped African slave and a native woman, Francisco submitted to the authority of the Spanish Crown in exchange for the governorship of the province of Esmeraldas.

This 1599 portrait was commissioned by Juan de Barrio de Sepúlveda as a gift for Philip III, the King of Spain. It depicts Don Francisco de la Arobe and his sons Pedro and Domingo, who ruled a settlement of self-liberated African men and women in the region of Esmeraldas on Ecuador’s coast. The image combines native, African, and European elements and is intended to signify the submission of the “maroons” to the authority of the Spanish Crown. Painted by the native artist Andrés Sánchez Gallque, it is the oldest signed and dated artwork from the Viceroyalty of Peru. 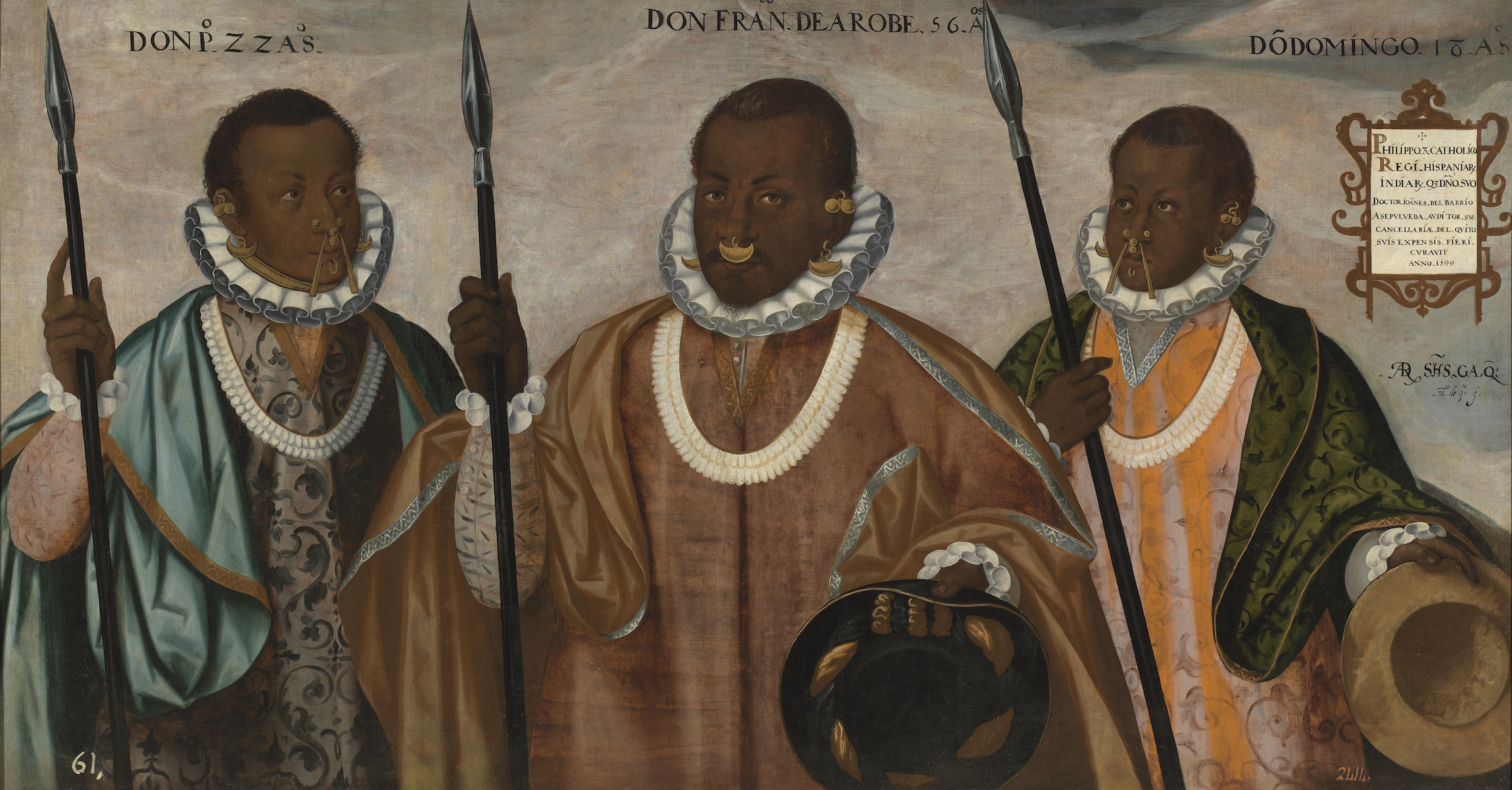